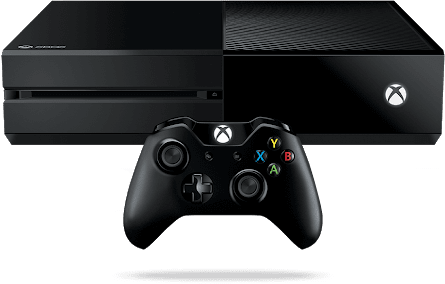 We Repair All Xbox Models and Year Releases Versions in UAE

At Repair Zone, we have Xbox repair specialists in Dubai and UAE who have expertise in all models and versions. We help provide full 100% functionality restore for all versions and models of Xbox gaming consoles. From the very first versions release in 2001 to the latest 2020 models, we provide hardware support for all. Our Xbox repair Dubai and UAE specialists help remove all kinds of faults and problems with any devices.

Online Chat Support for Xbox Repair in Dubai and UAE

Fancy a minor Xbox any model repair yourself? Get professional supervision to help you do everything right. Repair Zone now provides online chat support for Xbox repair in Dubai and UAE where our skilled specialists help you get full functionality restore. Chat with us now and avoid having to take your faulty Xbox to any repair lab at all. All hardware major issues and component replacements should always be handled by experts. For minor self-repairable or software problems, Repair Zone will provide assistance with our online chat support system. We have a professional Xbox repair specialist in Dubai and UAE available anytime you need.

We Provide Solution for All Xbox Hardware and Software Faults

Is your Xbox One display performing poorly?

Discs aren’t being read when inserted in Xbox 360, Xbox one or Xbox X?

Your Xbox disc making a grinding noise and scratching the discs?

Do you have audio or video output Xbox problems?

Repair Zone is your one solution provider for all Xbox hardware or software problems. We have certified Xbox repair specialists in Dubai and UAE who help make your gaming console good as new. Our experts diagnose and repair all kinds of hardware and software faults with any Xbox model or version. Why throw away that old faulty Xbox 360 or Xbox S when it can be restored quickly? Call us to find out more about our Xbox repair Dubai and UAE service.

Full Functionality Restore for Any Faulty or Damaged Xbox in UAE

Repair Zone is a professional Xbox repair Dubai and UAE service provider. We have certified Xbox repair technicians who guarantee all original OEM parts and replacements components. Our Xbox repair for all versions and models of devices ensures original Microsoft approved parts and components. We also provide 1-year guarantee for all replacement parts and components we use. You can always rely on us when it comes to original OEM parts for Xbox 360 or Xbox S repair in UAE. Call now or chat with us to find out more.

Yes. If you have registered your Xbox device and it is still in warranty, the company offers free repairs for specified problems. However, devices that have run out of the warranty period, don’t get free repairs. Also, since Xbox repair centers are not available everywhere, most customers have to pay for private Xbox repairs instead.

Q: How much does it cost to get your Xbox One repaired?

Official standard Xbox paid repairs cost anywhere between AED 179 and AED 249. However, depending on nature of fault and components required for the fix, costs may vary. Also, out of warranty Xbox repair jobs are done by private engineers. Usually, private repairs cost much less than official repairs and provide just as efficient fixes for damaged, broken or faulty Xboxes.

Q: Where can I get Xbox repair service?

Q: Is Xbox repair worth it?

Yes. Lot of people store games on Xboxes. Also, customized consoles are loved devices. Additionally, lot of materials go in manufacturing a single Xbox. You will also find Xbox repair jobs to be much cheaper than a new device purchase. Xbox Series X and Series S are expensive gaming consoles. Xbox One versions cost a pretty penny as well. Professional Xbox repair can save a lot of money getting your old device running good as new.

Q: Can I fix my Xbox hard disk problems?

Yes. Often, faulty Xbox fan, too much dust on the mother board or clogged cooling system are the root causes for overheating Xbox. Professional Xbox repair experts can service the device cleaning it from the inside. Xbox fan replacement and repair are available fixes as well.

Q: Can I get Xbox no display on TV problem fixed?

Yes. Whilst there can be different reasons for Xbox no display on TV including HDMI cable or port issues, all hardware issues can be fixed. Xbox repair services include no display on monitor fixes. This is also one of the cheapest Xbox repair jobs depending on the exact cause.

Q: Can I get Xbox no startup fix easily?

Yes. Bad power supply, internal circuit issues, broken/damaged power button and many other Xbox problems can cause the device to not startup. However, Xbox no startup problems can be fixed inexpensively by the right service providers.

Q: Is Xbox HDMI port not working fix worth it?

Q: Is Xbox repair better than buying a new one?

Q: Who provides best Xbox One repair in Dubai?

Repair Zone is a trusted Xbox Repair expert in Dubai. If you Xbox is out of warranty or you cannot get official repairs, we will make your device work perfectly again in no time. Our Xbox repair jobs are also much cheaper than official repairs. We also provide quick same day doorstep Xbox repair in Dubai.