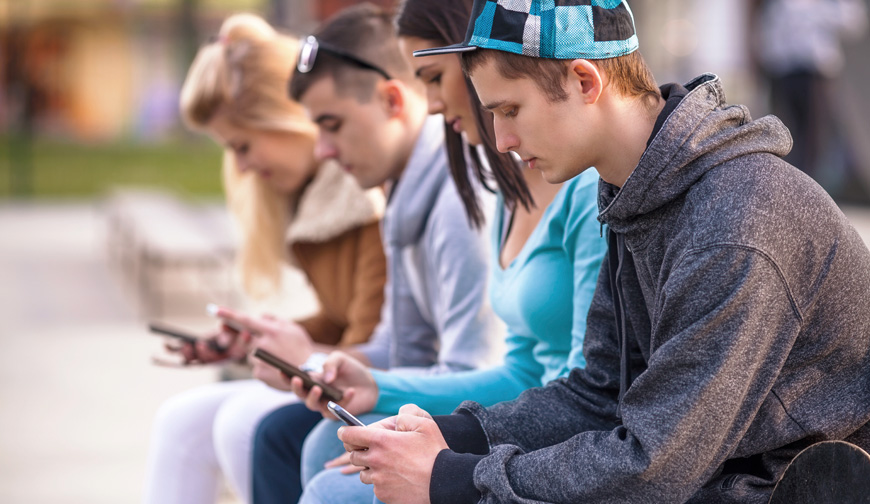 The new iPhone 12 has been making a lot of headlines. Apple’s press claims aside, this year’s iPhones really set themselves apart in more than one way. iPhone 12 in UAE is nothing short of a revolutionary change. Needless to say, there are many previous generation improvements that had been wished for by users of the device.

Aesthetic changes aside, the iPhone 12 in UAE is changing the way people use smartphones. Some new features are impacting usual phone usage habits very much. iPhone 12 is selling in great numbers throughout all states of the UAE. People in Dubai, Abu Dhabi, Ajman, Sharjah and all other parts are receiving the device very well.

Here’s why the iPhone 12 in UAE is changing the way people are used to using their smartphones:

For many years, base models of the iPhones have come with LCD panels. These not only had lower brightness and poor outdoor visibility but also had a bigger drain on the battery. All states of the UAE being very much sunny most year, had problems for people using their iPhones outdoors.

This is where the new iPhone 12 in UAE is boosting people’s confidence in using the phone under direct sunlight. Higher peak brightness and less color distortion on high brightness are key factors. Even the iPhone 12 mini now comes with a better calibrated OLED panel. People are all the better for it.

2020 is the year Apple embraces the much faster 5G cellular connectivity feature. iPhone 12 in UAE is now loaded with 5G and the technology is poised to change the way people use smartphones. Much faster download speeds and internet connections will account for better device usage.

From over the internet phone calls to sending or receiving files across devices, the new iPhones with 5G data technology will change things around. As 5G becomes more widespread in the UAE, iPhones will be the first to take advantage. Buffer less browsing and media playback is soon to become a thing.

Focus on a Wireless Future

Probably the biggest change in this year’s iPhone(s) is Apple’s focus on wireless future. This year, Apple took another big step forward by introducing the new MagSafe wireless charging. Also, there is no included wired charger in the box as well prompting people to use more wireless ones.

Even in their keynote, Apple pointed out the preference for a wireless future. Also, the company is trying to reduce plastic waste caused by so many unnecessary wires and cables. iPhone 12 in UAE aims to train people for port-less wireless future with the iPhone 13 and others down the line.

The new MagSafe charging implementation on the iPhone 12 is something most people didn’t see coming. It has definitely had and is having a huge impact on the way people used to charge their smartphones. Previously commonly used in Apple laptops, MagSafe is now a thing for the iPhone too.

iPhone 12 in UAE is setting a new wireless charging standard. The new MagSafe charger makes it possible to use the phone easily while it is being charged wirelessly too. Something not heard of previously. This new feature makes replying to texts quickly very easy while wireless charging is on.

Wired headphones and accessories now feel like a thing of the past. The new iPhone doubles up on this idea. In the box, there is no longer a wired headphone included as well. Apple has already introduced its wireless headphones that are the AirPods. Strong wireless push from Apple is being seen this year.

Just recently, Apple introduced yet another wireless iPhone accessory. These are the AirPods Max wireless over the ear headphones. Apple stepped up their wireless game and have now entered the big sounding over the hear headphones market as well. This accessory fits perfectly with the new iPhone.

The iPhone 12 in UAE with AirPods Max functionality, provide a more convenient multimedia experience for users. Instead of having to use different devices from different manufacturers, users can now get perfect integrated Apple device usage.

Cheaper Phones with No Included Accessories

iPhone 12 in UAE and around the world for that matter is now available at a lower starting price. 2020 is the first year, iPhone basic prices actually go down in a long time. This is achieved by Apple by removing accessories in the box altogether. No longer you have accessories like charger, cable and headphones.

This new trend in UAE is making people use their old perfectly fine accessories more than ever. The company aims to reduce plastic waste and it is achieving a great deal in that. People are now not throwing away their old iPhone accessories just because they get new ones with the new box.

Night Mode Available on All Cameras

Night time photography has been so much needed and yet so little was done for so many years. However, this year, Apple’s new iPhone 12 in UAE and everywhere else in the world aims to change that. People can now photograph memorable moments in lowest lighting conditions.

Night mode is now available across all cameras on the back and the front of the iPhone 12. Snapping quick low light photos has changed dramatically with this new inclusion. iPhone 11 provided night mode but with the main camera only. Now, you have this feature for all cameras on the device.

iPhone 12 in UAE and worldwide is the first smartphone camera to allow Dolby Vision video recording. The 4K HDR recording capability on the smartphone eliminated the need for big lens cameras to be carried around. This is a revolutionary change many people have been waiting for a long time.

The iPhone 12 is able to shoot 10-bit video that is far superior than anything else of the past. People in UAE needed to carry a big lens camera just for the purpose of recording quality videos. For all kinds of events, the iPhone camera is now more than capable of doing all that with a built-in shooter.